I am thankful that Nick met Samantha, ‘wooed’ her, and asked her to move with him to South Dakota.

I am also thankful that Nick had a plan to propose on a rock (ahem, cliff) overlooking the part of the forest where he grew up – and even though Samantha knew he always had this plan, she was still surprised when he actually proposed!!

I am *most* thankful that Nick + Samantha found me and asked to take their engagement photos on his childhood playground. The rocks, the trees, the ghost town – I didn’t want to stop  taking photos with these two!! 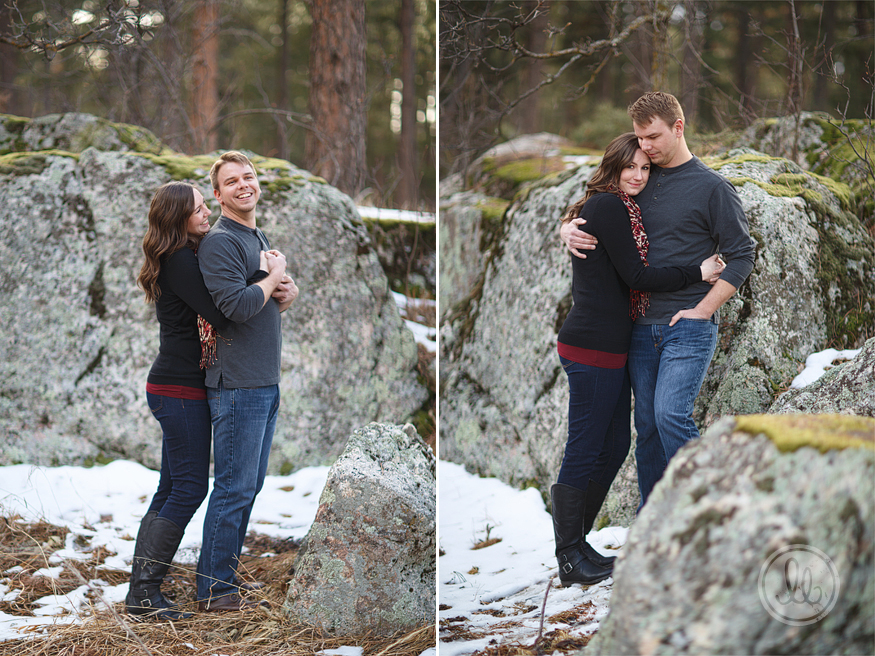 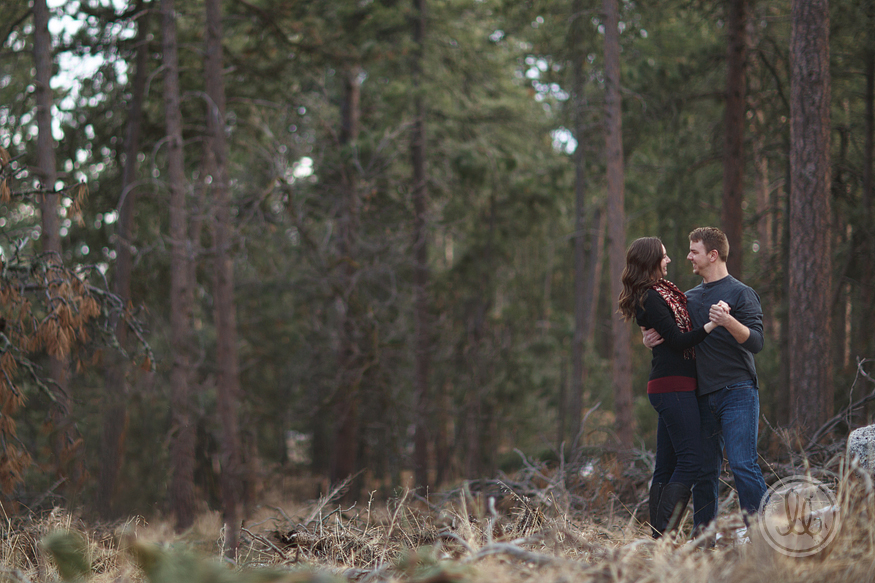 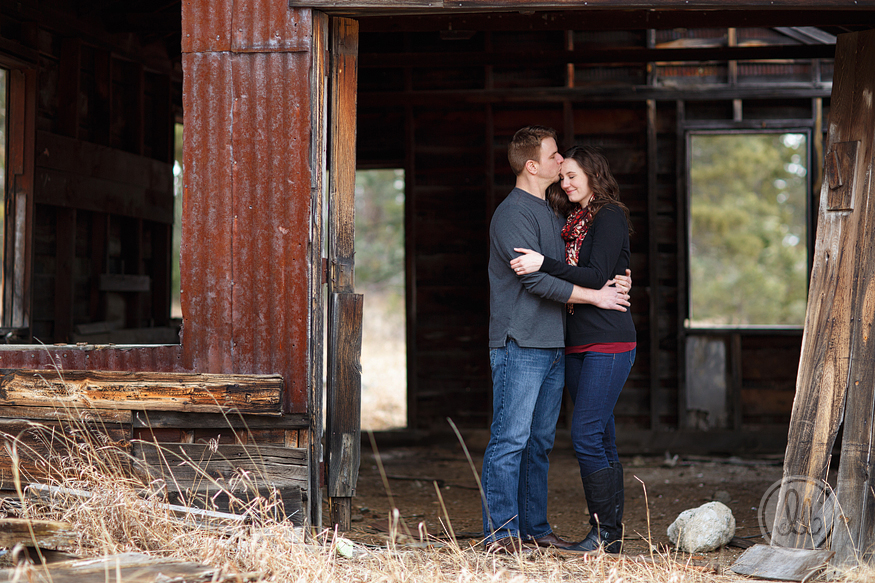 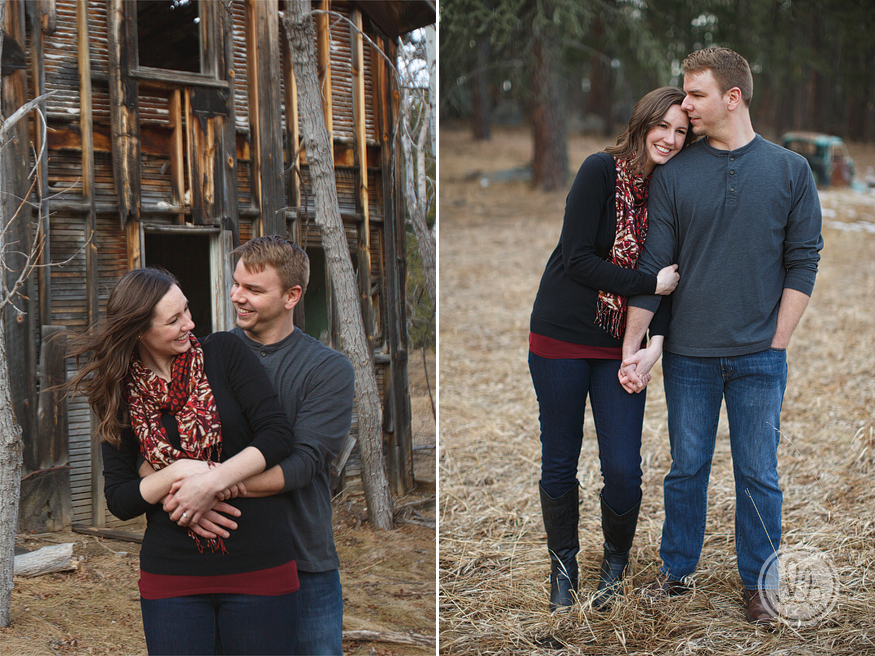 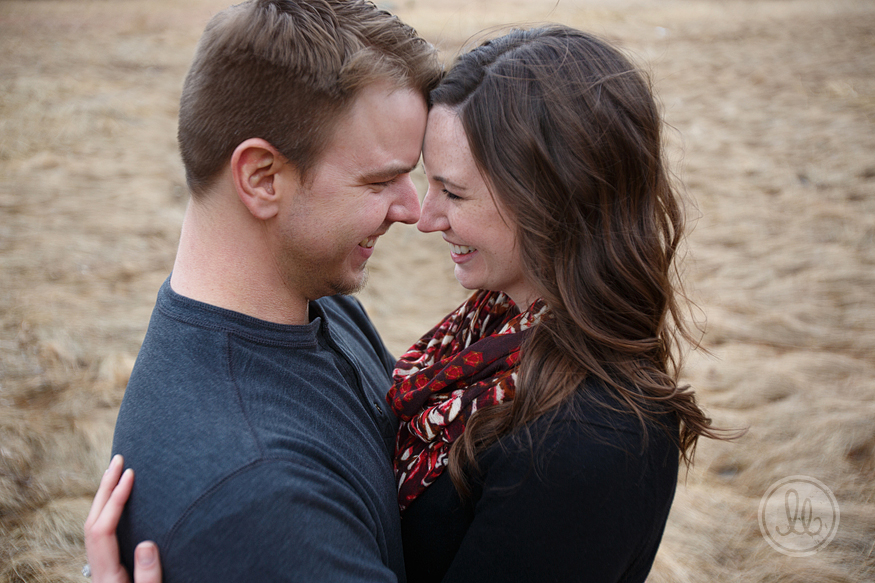 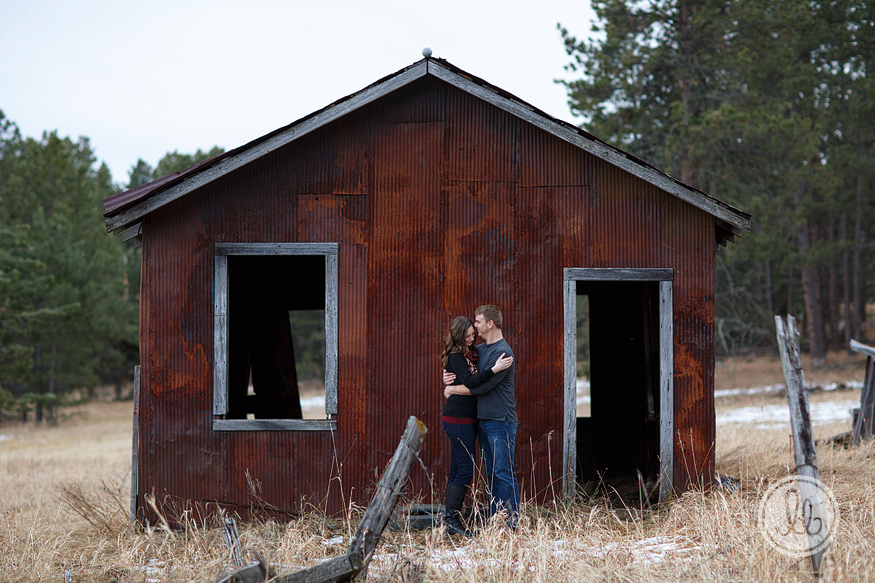 Back to the rock (ahem, cliff) comment from earlier… Samantha told me they got engaged on a rock in Nick’s parents’ back yard. I’m thinking of something like the granite boulders in the Black Hills that pop up out of nowhere and have sparkles and green fuzzy growth. I show up, ask about the famous rock, and they point *up over there* (in the right photo on the upper right side). Ummm, you mean that cliff way over there?! Awesome!!! Not quite what I had envisioned for photos… but we made it work!! 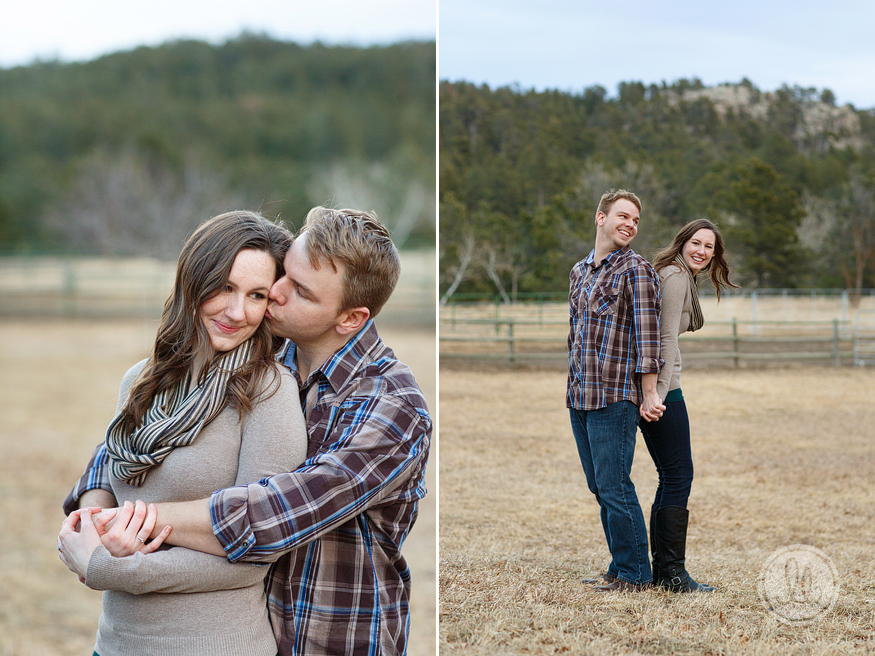 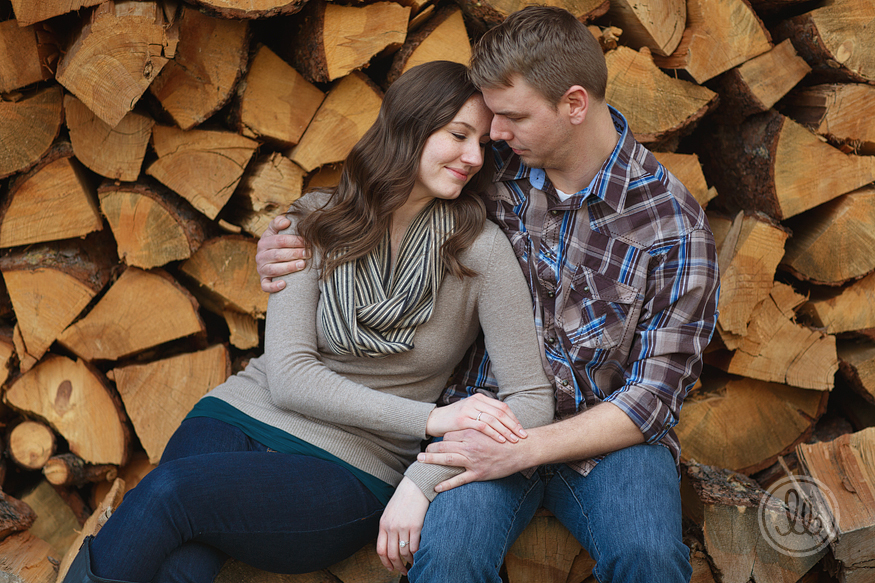 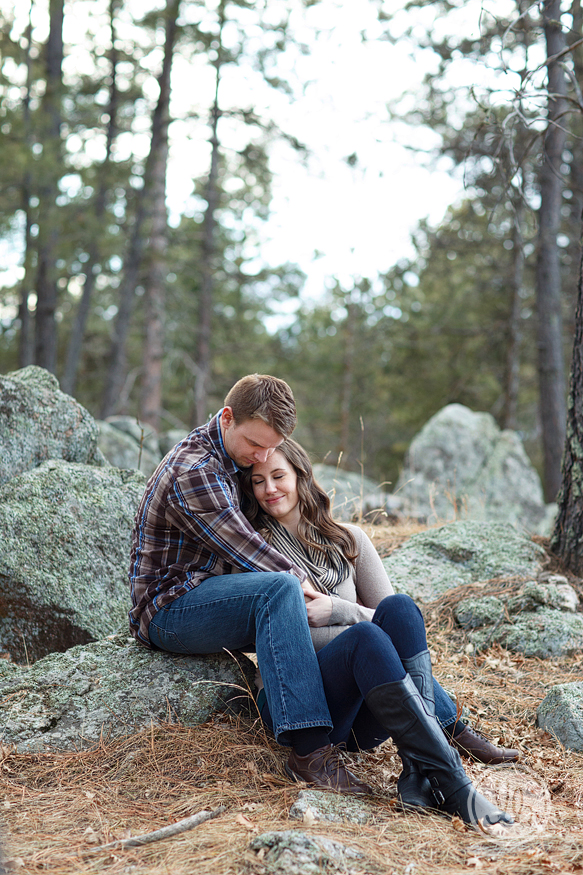 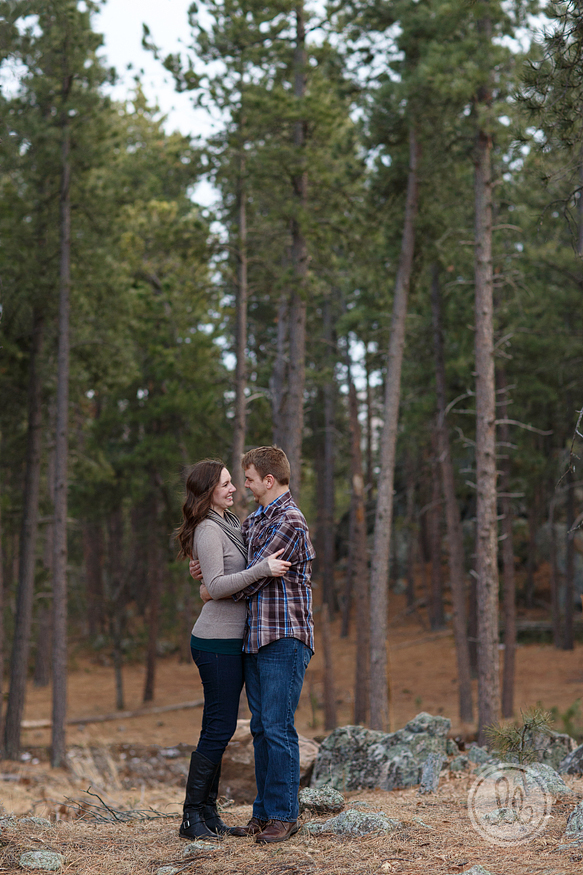 Nick + Samantha – Thank you so SO much for inviting me out to where you got engaged. Thank you for being so beautifully in love and goofy at the same time – I absolutely love you guys for making snuggling and giggling look so dang good!! :-)